Forever ago, I ran a club night with some friends. It was called London Loves. Last month, we brought it back, probably for one night only. We put together a fanzine to go with the night, which served to remind me how much I love fanzines, and left me with a vague desire to put on more club nights simply to fund (and distribute) more fanzines.

The zine contained an exemplary history of the club night in question, an assortment of interviews, rants and silliness, and a paean to Kenickie. It also contained the comic strip posted below, which is based on a real evening in my own life, though a few details have been reimagined. It was drawn and illustrated by Yuki Shirota.

We still have a few copies left, in the unlikely event of anyone reading this desiring one. 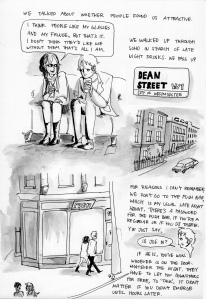 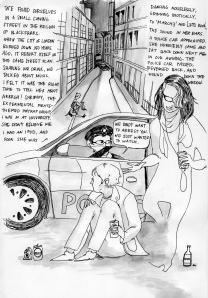