There are many Kyotos. Like most cities, it unfolds infinitely in the manner of the beholder’s choosing. Some see a concrete mess, and are disappointed that the once-beautiful place ‘benevolently’ untouched by atomic bombs was instead ravaged by post-war construction. Others find beauty in the many shrines and beautiful old streets that still provide quiet moments amid the tourist throngs looking for their own bit of old Japan. You might be there for the art scene, or the second hand bookshops, or the expensive restaurants.

Being a hopeless nerd, all I see when I go to Kyoto is Tatami Galaxy, an infamously brilliant anime series from a few years back. It centres around a nameless university student protagonist wrong-headedly in search of the “rose-coloured campus life” and, particularly, “raven-haired maidens”, one of whom would inevitably become the woman of his dreams if only he could choose the right club or social circle in front of the clocktower at the start of his first year.

Instead, thanks in no small part to his scheming classmate, Ozu (“my sould would have surely stayed unblemished were it not for having met him”) , our hero is repeatedly thwarted and the episode ends in disappointment and recrimination, only for the clock to be whipped back and for reality to play out again and again, with our hero having made slightly different life choices.

I made the mistake of not re-watching Tatami Galaxy before going to Kyoto, so I didn’t have an exhaustive list of geographical places related to the show to visit – and besides, attempting to hunt down some imaginary ramen stall might have been slightly annoying for the person I was with.

But I did have two places from the show lodged permanently in my mind that I was desperate to visit, and I went to both.

First up was a particular bridge over the Kamo river, location for many key events in our protagonist’s many lives, and also where Master Higuchi sang his epic song. I stood at exactly the spot this song was never actually performed (note to self: honestly, Tatami Galaxy isn’t real), stared up at the bridge, and had a zen moment. Behind me, the Aoi festival and procession was taking place. People on horseback parading their way to the Shimogawa shrine, home of the mythical neko ramen cart (which, again, doesn’t exist).

The second spot was the clocktower of Kyoto University, crucial to the show as outlined above. We were surrounded by plenty of young students enjoying their rose-coloured campus life. Outside the entrance were banners advertising social circles, performances by students and protests against the evil double standards of mainstream media. And lurking inside, were a thousand potential Ozus, or Akashis, an unbelievable world of infinitely many lives laid side by side.

“Search for the circle. To learn how not to become a circle…” 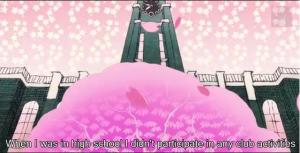 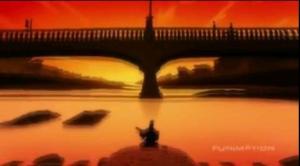 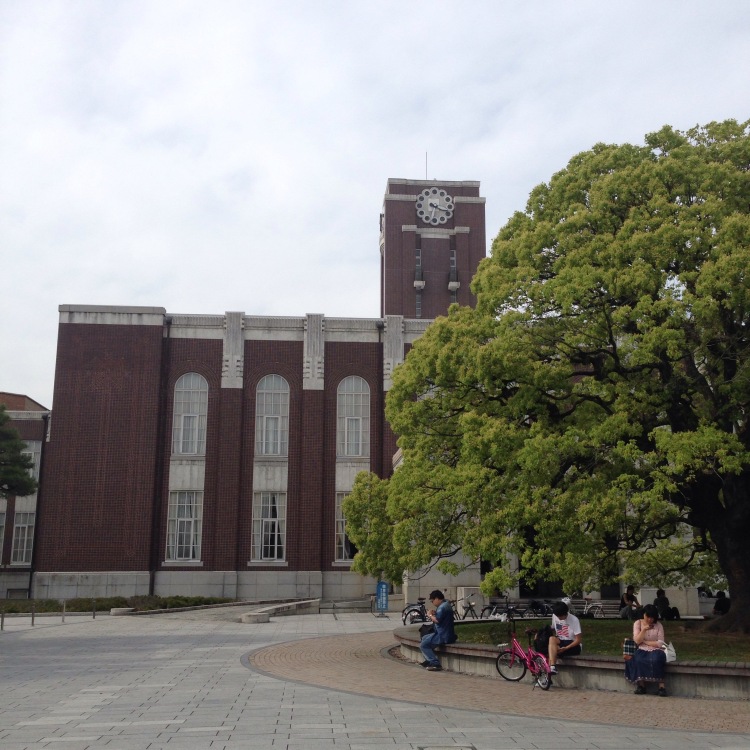