I’ve started writing regularly for the Morning Star. Some would argue it’s a column. Others would say it’s just a means to ensure that I make myself go and experience at least one new thing per week, which is important when you’re at an age when it’s easy to luxuriate in old certainties. So far I’ve written about the feminist zine scene, an opera about Human Cloning, and the Brutalist Playground art instillation at RIBA.

My self-penned remit is “the very best in new books, art, film, music, theatre, games, comedy, architecture — and anything else that I can get past the editor.”

So let’s see how it goes. Below is the first column proper. I’ll try and post each new one here every week.

Positive readings from the zine scene

The cheerfully ramshackle, dancey group on stage are performing a song that sounds a bit like the Human League, with girl/boy call-and-response vocals and an insistent refrain.

Then there’s a harking back to the second summer of love: “Only love can set you free,” they sing, in celebration, aping the soundtrack to their parents’ own youth. They’re pretty good — their sound’s like a spotify playlist, going from ’80s pop, to ’90s anthems. A less Canadian Bran Van 3000. Your standard Thursday night out.

But then, at the end, the singer thanks the crowd for their support and tells everyone to get down to Trans Pride in Brighton at the weekend. The young crowd, of all backgrounds and inclinations, roar back their approval.

I’m at the launch night for the third issue of Polyester, a beautifully produced feminist fanzine emblematic of a thriving DIY publishing scene. Very much Riot Grrrl and punk influenced — the issue has an interview with The Slits’ heroic Viv Albertine — the zine also covers surrealist fashion designer Mary Benson, challenges street harassment and transphobia and features art, imagery and photo spreads that challenge traditional concepts of beauty. It’s also a lot of fun, with its own retro internet aesthetic.

But what I want to know is, why is this happening now — and why in print?

“The media industry is still very much run by white men, so young women and queer people are using the zine format to express the inequalities they experience both within the media industry and the wider world,” says Ione Gamble.

Polyester’s editor-in-chief, she’s 21 and a graduate from Brighton.

“The inspiration for Polyester’s print aesthetic is taken heavily from the post internet world, old internet graphics like pixels and Windows 95, John Water’s films, other online artists and trying to make something as garish as possible,” she explains.

“I think when people are bombarded with imagery 24/7 it is important to have an aesthetic that not only aligns with your political messages but also stands out and is appealing for a prospective reader.”

From the perspective of a hoary old fanzine veteran like myself, the higher production values of the current generation of zines really stand out, alongside the wide, almost scattershot combination of influences and inspirations.

“Now it’s more cost effective to use computer software than cut/paste and photocopy,” says Ione. Also in a way [it’s] easier as my generation has been brought up learning how to use these digital tools.”

And how. Ione tips The Coalition Zine, OOMK, Diaspora Drama, Chapess and Sister as other publications to look out for because “they’re doing really important things within the scene around a variety of topics such as intersectionality, gender inequality, race and faith.”

And there’s a fair at the Shacklewell on August 16 that will be selling zines with names so delightful I want to name them all — Bitchcraft. Queer Punx. Hag Collective. Girls Get Busy. Cuntry Living. I could go on.

What struck me particularly about the atmosphere of the Polyester night and other zine launches and queer-friendly club nights I’ve been to, is how refreshingly straightfoward every­one is in their solidarity and inclusiveness. For the generation coming up, it’s almost a given.

“The internet has played a huge part in educating young people on issues and politics, both worldwide and within in Britain,” says Ione. “And in that sense there is a more matter of fact attitude in that within these communities, and being amongst liberal people, that the most ‘oppressed’ should be given centre stage for their voices to be heard.”

Not your standard Thursday night out after all. 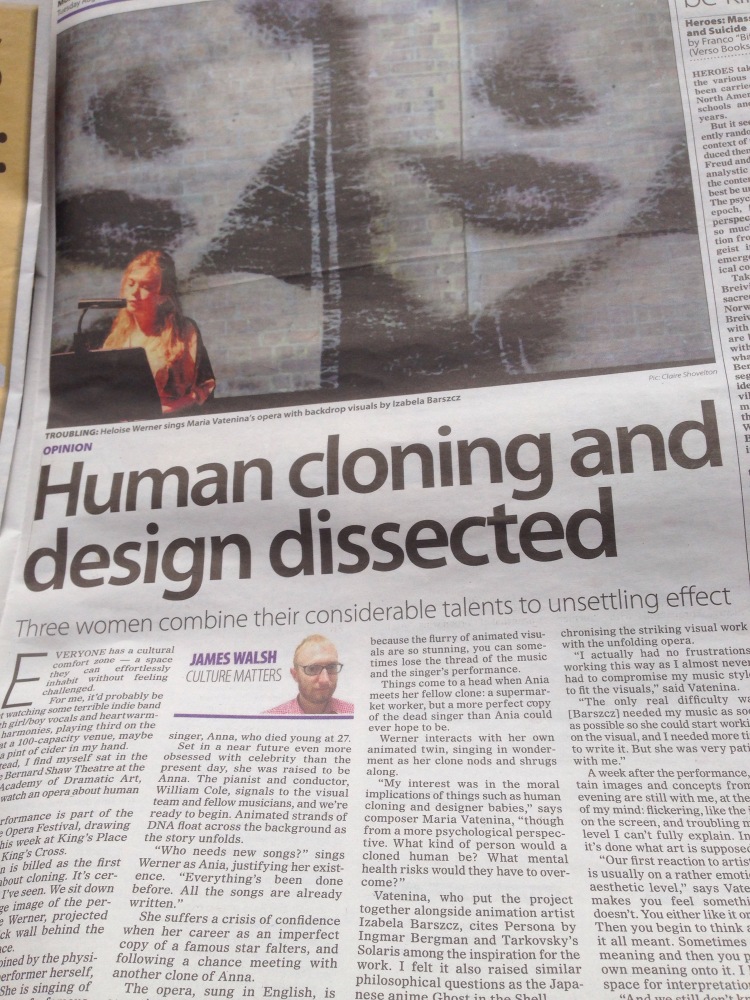