Farewell, then, Bermondsey’s bouldering centre, the biscuit factory, which finally closes its doors today to be knocked down and replaced with sure-to-be affordable housing.

Arch climbing have another site around the corner, which they’ve been expanding over the summer to help soften the blow, but the biscuit factory was the first place I ever climbed, and has been a reassuring constant in a changing life. I’m sad to see it go.

I first went in 2012, introduced by an old friend and her boyfriend, after we got chatting about climbing trees at a house party in Hackney. “If you like climbing trees, fancy trying bouldering? It’s basically the same concept, and I think you’ll be good at it.” Flattery.

I wasn’t, I was hopeless. The first session was an embarrassment; I was barely able to lift my butt off the floor on anything but the simplest routes, and I can still remember the stiffness in my fingers as I squeezed my bike brakes for the first time after that first attempt, relieved I still had the strength to stop myself from crashing into a bus.

I kept going and got a bit better, while my personal life went in the opposite direction. The clientele of the centre was different back then: an interesting mix of cultural outsiders – dreadlocks, piercings, pre-mainstream tattoos – and young management consultants in t-shirts advertising the corporate charity work they did to assuage the guilt and the damage of their day jobs.

These days, fitness and exercise is to affluent young people what pubs and smoking were to my ageing 90s kids – the dominant culture. And this is reflected in the very friendly, mainly twentysomething punters, many of them students; some of the more showy male ones hit the walls topless show off their gym-sculpted bodies.

I started going more regularly from 2013 onwards; heading down through Shoreditch and over Tower Bridge for late night rendezvous with my old pal Russell. He was also a newbie, and we spend hours talking glorious nonsense about Star Trek and eighties action films while creating our own lexicon for bouldering (“verting”) unencumbered by any genuine facts.

So a tough route that involved a bit of a leap became a “jumphanger”; we met in the “chill out zone”, a set of old mismatched sofas surrounded by magazines deep in jargon more meaningless than our own. The upside down-y bit became the “cave”. People who did not respect the vert adequately were dismissed as “jokers”.

Verting with Russell was always a great joy: away from his conversational skills was the enjoyment of climbing with someone built physically very different to me, so our approaches to the same problems were often very different indeed. My more lithe and stretchy figure combined with my height advantage led me to prefer balance-heavy routes; Russell would use his brute strength to knock down the walls entirely and sit smoking a cigar atop of the smouldering wreckage.

Sadly an old shoulder injury sustained back in ‘Nam meant that Russell had to stop coming to the verts. But there were and are others: Yuki, with her height disadvantage but amazing strength-to-weight ratio. Lucy and Steve, they of contrasting styles and equal charm.

And the assortment of strangers who have kindly helped and hinted over the years. As a frequently-alone guy, heading over for some moments of calm and escape, the friendliness has always been appreciated, as has the cheery professionalism of the staff. 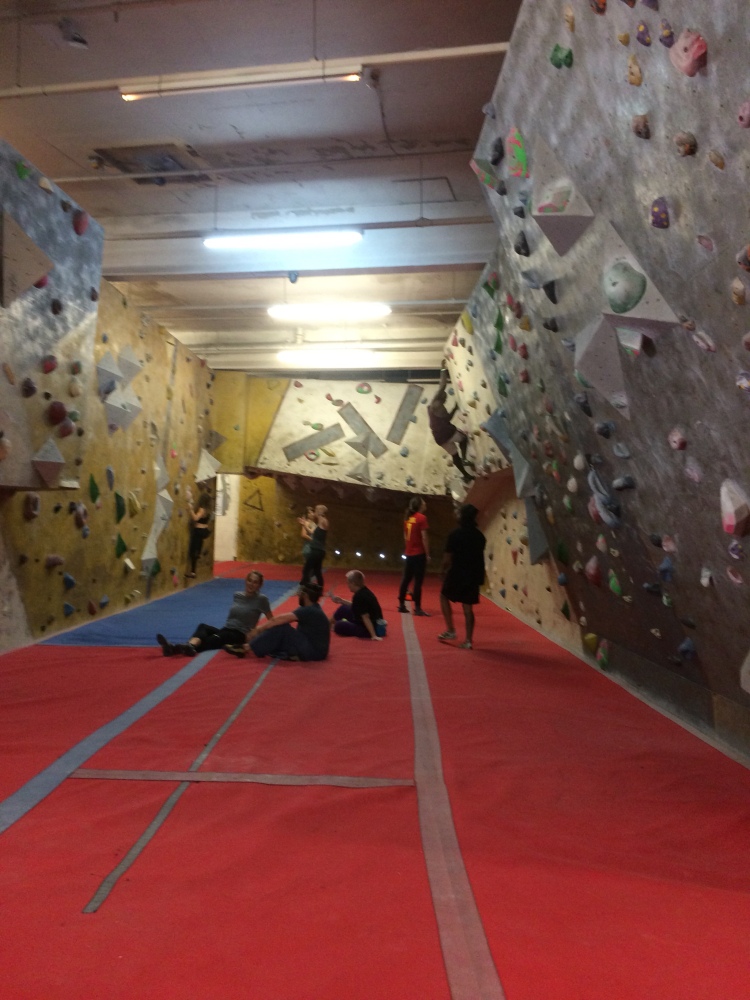